Our experts will reply you very soon.

Click Here to Chat MANNA EXPORTS ( A Unit of Mann...
WhatsApp Us 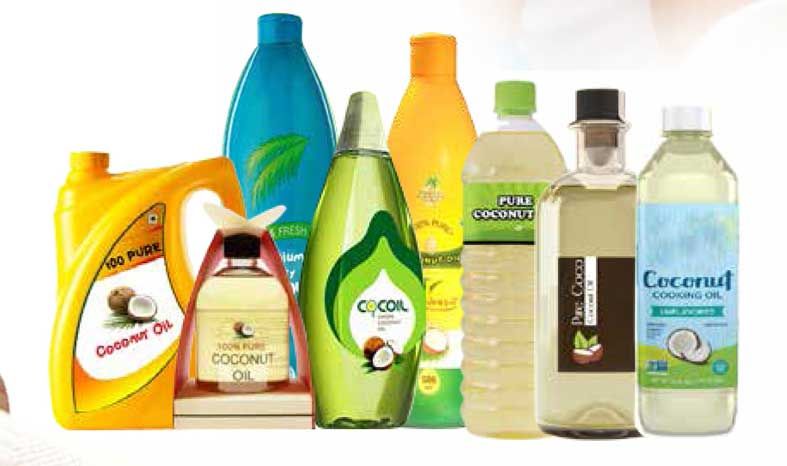 Coconut oil is rather a unique cooking oil as it contains the short and the medium chain saturated fatty acids. It fi nds extensive use in the food industry due to its characteristics such as easy melting behaviour, resistance to oxidative rancidity, pleasing fl avour and good digestibility. Coconut oil has gained importance as a dietary fat because of its high content of lauric acid, the source of monolaurin in the body and 16W content of Omega 6. It can be used for manufacturing margarine and shortenings. Coconut oil is preferred as a fat in the preparation of fi lled milk, infant milk powder, ice-cream and confectionery and bakery products. Because of its stable character, coconut oil is the preferred fat for deep frying.

Studies undertaken by the Biochemistry Department, University of Kerala showed that coconut oil:

A large number of branded coconut oil in consumer packs are marketed in the country. Coconut oil is refi ned for industrial use. The refi ned coconut oil is water white in colour with no aroma. Since coconut oil has the lowest level of unsaturated fatty acids among all vegetable oils, the cost of hydrogenation is much less than all other oils.